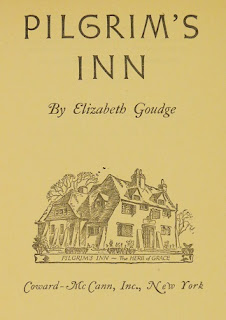 Fiction:
Farewell to the East End (Jennifer Worth)
Longbourn (Jo Baker)
Pilgrim’s Inn (Elizabeth Goudge)
The Bird in the Tree (Elizabeth Goudge)
The Heart of the Family (Elizabeth Goudge)
Anne’s House of Dreams (LM Montgomery)
North and South (Elizabeth Gaskell)
Hannah Coulter (Wendell Berry) – my first foray into Wendell Berry, looking forward to more!
A Child’s Christmas in Wales (Dylan Thomas)
Non-fiction:
The Geography of Nowhere (James Howard Kunstler)
Timeless Simplicity: Creative Living in a Consumer Society (John Lane)
A Year of No Sugar (Eve O. Schaub)
The Dorito Effect (Mark Schatzker)
The Life-Changing Magic of Tidying Up (Marie Kondo)
Education:
When Children Love to Learn (Elaine Cooper)
The Three R’s (Ruth Beechick)
And selections from:
A Charlotte Mason Companion (Karen Andreola)
Educating the WholeHearted Child (Sally and Clay Clarkson)
The Well-Educated Mind (Susan Wise Bauer)
Spiritual:
On Hope (Josef Pieper)
The Gospel of the Kingdom (George Eldon Ladd) – excellent, worth revisiting
The Little Oratory (Leila Lawler & David Clayton)
Real Worship (Warren Wiersbe)
Whole Prayer (Walter Wangerin)
The Pursuit of God (A.W. Tozer)
Preemptive Love (Jeremy Courtney)
Common Prayer: A Liturgy for Ordinary Radicals (Shane Claiborne)
With the kids:
(In addition to dozens and dozens of picture books and poetry selections!)
Little House in the Big Woods (L. I. Wilder)
The BFG (Roald Dahl)
Old Mother West Wind (Thornton W. Burgess)
In progress:
How to Pray (R.A. Torrey)
A Tale of Two Cities (Charles Dickens)
Most influential:
Pilgrim’s Inn by Elizabeth Goudge
I’d have to say the most influential book for me this year was Pilgrim’s Inn. It’s the first of Goudge’s books I’ve read, and it came at just the right time. There’s something about a well-crafted story that has the power to teach and transform and travel deep into the soul. This is the sort of book I want to hunt down a beautiful older edition of to read again and again.
Real Worship by Warren Wiersbe
This was another one of those timely books, and I think I absorbed its essence rather than remembered its principles. I love it when that happens. It expanded my view of and approach toward worship.
Common Prayer: A Liturgy for Ordinary Radicals by Shane Claiborne
This book, a gift from Micah last Christmas, journeyed with me through the year as I set out live a more intentional life of prayer. It was key in forming a habit of morning prayer for me. Even now I start the day with this line going through my head: O Lord, let my soul rise up to meet you as the day rises to meet the sun…
What were your most influential reads of 2015?
What are your recommendations or would-love-to-reads for 2016?
~lg