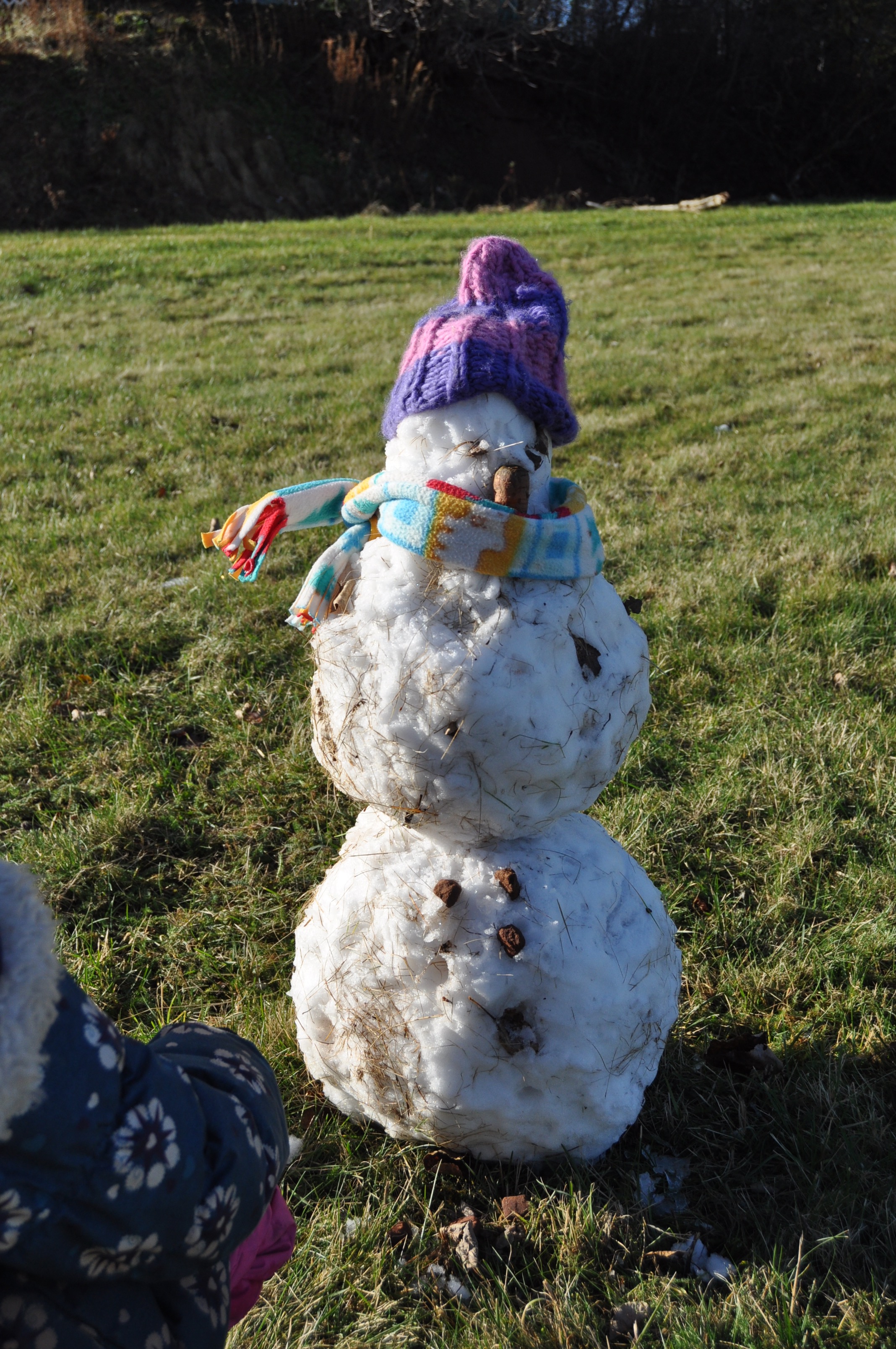 Today was the first real snow.

It came in a bluster of northwest wind overnight, somewhat unexpected.

The first hint I had of it was the faint white glow from my bedroom window, when the baby woke me up before sunrise.

My seven year old saw it with her own eyes, and raced into the room to tell me. “A snowstorm!” She woke her five year old brother, and they began making plans involving sleds and snowballs.

While brewing the coffee downstairs, I flipped on the radio to discover that the bridge to the mainland was closed and the ferry wasn’t running. Every once in a while I remember we really do live on an island, and the best laid roads of mice and men are still subject to the whims of the North Atlantic.

But it was a cozy feeling nonetheless as the fire warmed the draughty old house, and I was left alone with my porridge while the big kids rolled snowballs across our giant front lawn, leaving crooked green trails behind. When they had three big enough to stack, the back door flew open and I could hear them rummaging for an extra hat and scarf. “Mom, do we have any carrots left from the garden?”

It never fails. The first snow always makes me smile.

This year I almost didn’t feel ready for it. There were too many things left undone from the summer and fall. Beach toys and tools to put away, and mitts still to find. To-do lists left undone. An unsettling sense of being behind in everything, and because of that a tingle of inadequacy. Like I wouldn’t deserve the joy I always felt, because I hadn’t done enough to prepare for it.

We rummage around for a stub of a carrot, and bundle up the baby. For all she remembers, this is her very first snow, all over again.

“Snow,” we tell her, pointing at the strange white stuff.

“Snow,” we tell her, as it makes crunching noises under her boots.

“Snow,” we tell her, introducing her to the lumpy snowman wearing a pink and purple toque. It is taller than she is.

We can’t help but laugh, and she thinks she’s made a marvellous joke. Who can blame a baby for a little consonant reversal? It’s all so new to her.

And snow has a way of renewing the child heart in me. This is its peculiar grace. I can’t control it, only find a mismatched pair of mittens, brace against the wind, and share in the delight with my kids.

Both wind and snow would clear up as the day went on. A brilliant sun would shine, melting all save for the little snowman that stood defiantly in the middle of the lawn, with a pebble smile under its nose.