As the earth turns toward winter, there is a hushed darkness in the early morning hours. Come November, I stop resisting the retreat of the sun. In this perfectly timed universe, the wisdom of God ordains the season.

In the natural world, there is a shift – the sky is a panorama of scrolling geese – and a slowing. The bright colours of autumn lay down their glory, a final bow as October’s curtain closes. The woods pull up a blanket of brown. 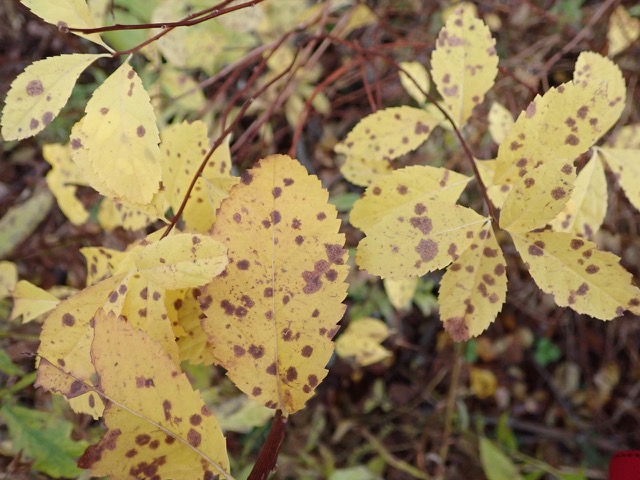 Brown. As a child, I hated those weeks between the disappearance of the leaves and the coming of the snow. Brown was barren. Brown was sad. Brown was nothingness, an empty world waiting for the white whirl of festive fun.

Growing up in the north, with its early fall, October was the dreariest of all months for me as a child. Here on the east coast, the branches don’t empty quite as early, and November is the ugly in-between month. Even as an adult, I just want it to be over. I don’t want to wait it out.

Just about now, it’s easy to get sucked into retail time, an artificial invention designed for maximum economic benefit. All the flyers and catalogues are so sparkly this first week of November! Let’s just fast forward to Christmas, shall we?

But while the powers that be hurl us from Halloweenland to Christmasville in the twinkling of a night, there is an “other” world outside that keeps its own pace. Evening and morning. A little darker each day. A little browner.

Before the day is out, I throw my boots on and step outside, sneaking away for just a few minutes of fresh air. It’s a typical day – cloudy, a little damp, not too windy. Ordinary. Our Manitoba Maple is naked after the last bout of high winds. The garden remains lie limp, save for a few gangly weeds poking straight up that have gone to seed. The lawn is still mercifully green, but not much else is.

I look down the old lane toward the woods and give a little sigh. Ah, November. 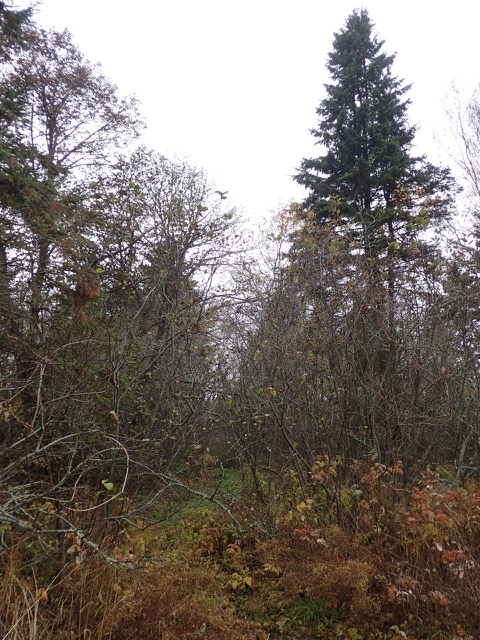 Taken as a whole, the picture is dull. Layers of grey and brown, with no contrast. No focal point, no eye catcher.

Is there beauty here?

The camera isn’t satisfied, and neither am I. But the more I look, the more I begin to see. 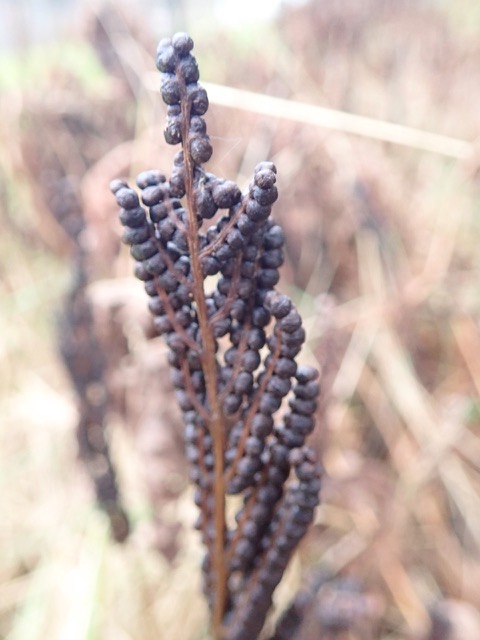 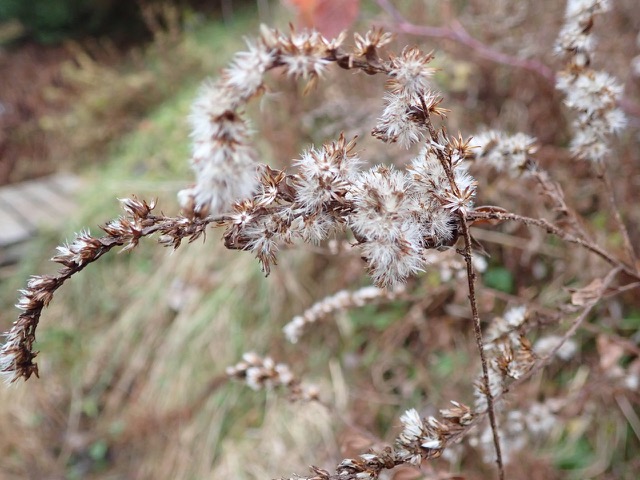 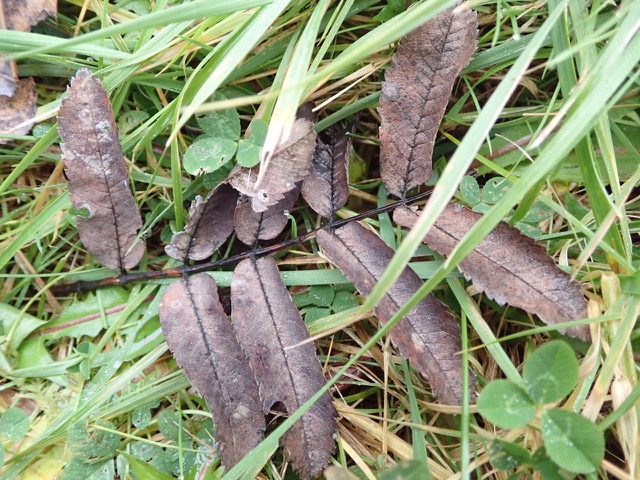 Before I know it, this backyard walk has turned into a treasure hunt of tiny surprises. Textures, shapes, and subtleties of colour, all these come into focus as I bend toward the earth. 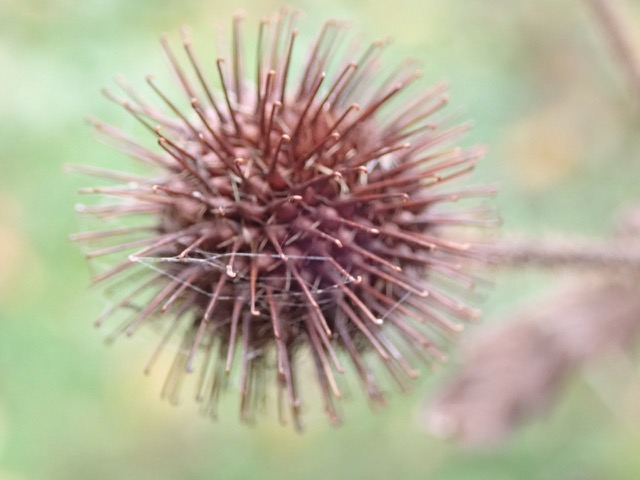 Drawn deeper into the forest, time seems to change. I am neither waiting nor rushing, only being, only discovering, only receiving.

Brown might not sell. But it has something to offer the willing eye, the patient soul. There is both wisdom and love here. This too, is ordained.

And here is the secret of all Novembers . . .

Brown isn’t all there is. 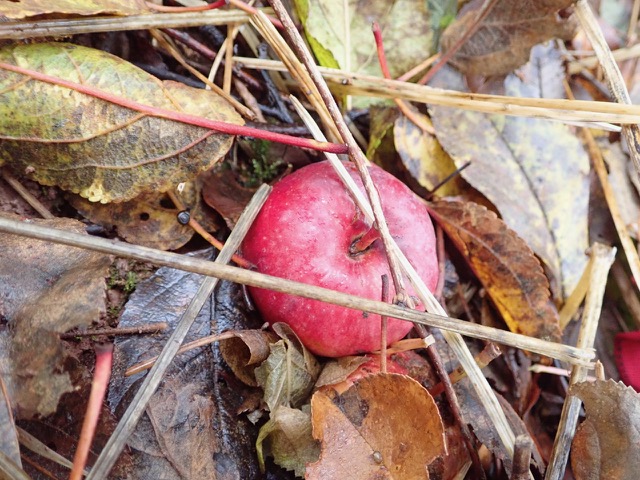 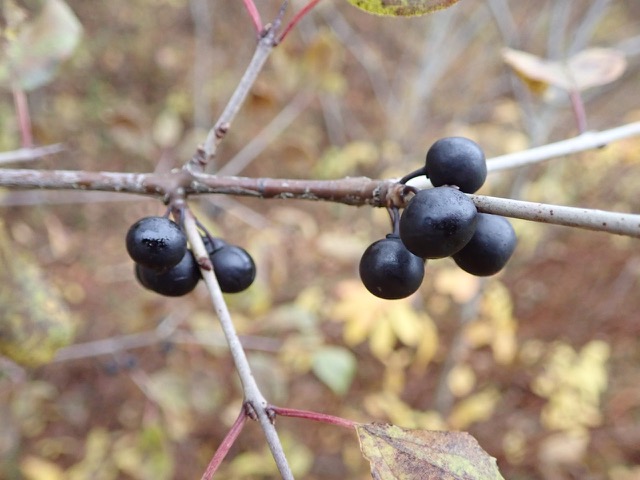 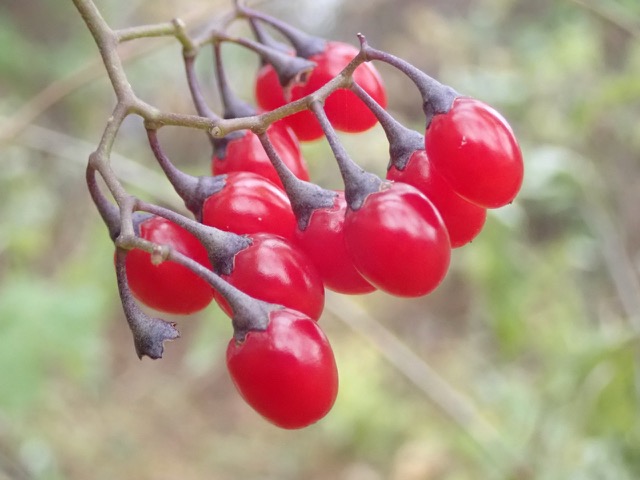 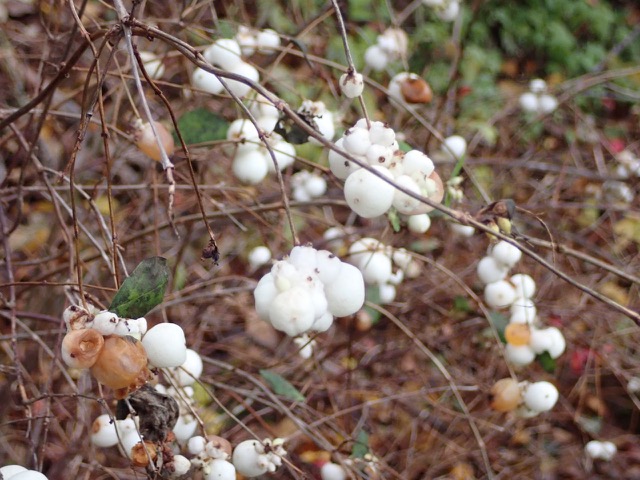 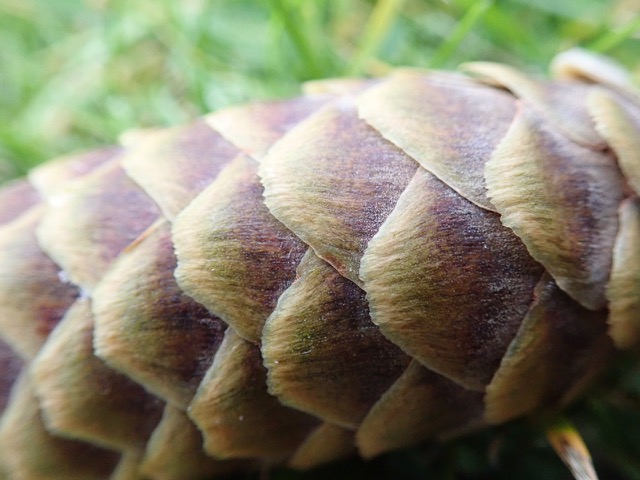 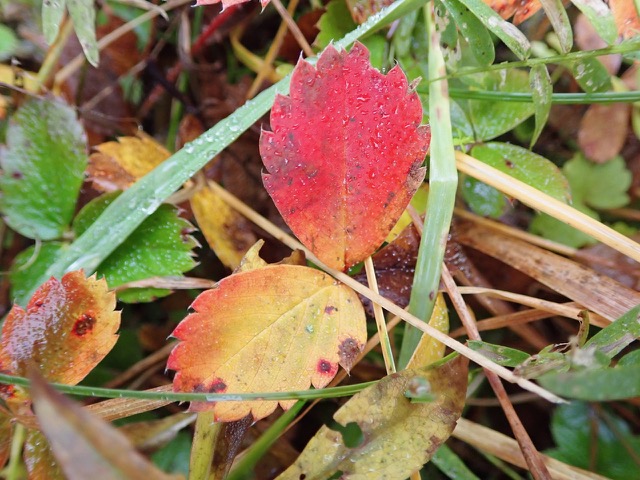 These signs emerge like flashes of joy, like some inside joke I’ve finally been let in on. The deadfall isn’t the whole picture. Gifts abound. This too, is a season of grace..