I woke up this morning and things seemed lighter. The sun had not yet risen this midwinter Monday. But the windows had a bluish glow to them. It took me a few minutes sipping my coffee by the fire to realize why.

When the sun had been snuffed out last night, the ground was a dreary landscape of ice and brown, the wake of the last storm. Now there was a soft white over the still earth, over the maple’s branches, and dusting the evergreens by the river’s edge. The snow took what little light there was in this predawn, kissed it, and released it back as a hopeful radiance.

The snow of the ancient near east was a little more rare than what falls on my cold Canadian island. But how could divine revelation ignore its dazzling whiteness? For God’s hexagonal thoughts were from the foundations of the world made to crystallize upon a seed of mercy.

“Come now, let us reason together. Though your sins are as scarlet, they shall be white as snow,” writes the prophet Isaiah, messenger of the Most High.

Imagine being called before a judge to reason out your pathetic case, only for him to quote poetry at your offences, the crimson fury of Sinai’s fire extinguished by a mantle of snow.

And in one of the most lavish of all the Sovereign’s invitations, snow is the Word of God itself, irrevocable in its purpose to quench the thirst of the earth and summon life from its soil.

In the wisdom of Providence weaving the narrative, Isaiah must have known the wonder of snow. Did the LORD delight to surprise him as a boy with a morning such as this? A strange light from without, before the lamps were lit? Did he hear the flakes falling as whispers of an unusual grace?

God’s lovingkindness cannot be thwarted by the darkest stain in the most famished heart. Snow upon snow, the windswept ugliness of barren ground is covered, till the sun turns the gift of heaven into water for its renewal.

The flakes keep falling, falling falling. The morning is ever lightening, and the world about to sparkle with the rising glory. “Come, come!” 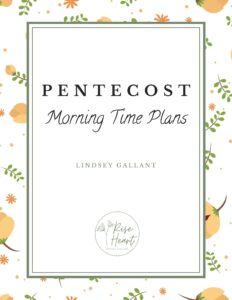